CGTN is the English-language 24-hour news channel of China Central Television, China’s largest national TV network. Launched on December 1, 2012, CGTN is dedicated to reporting news and information to its global audience, with a special focus on China. With a team of experienced and committed journalists, CGTN is China’s answer to introducing greater diversity and more perspective into the global information flow.

On December 1, 2012, WCETV proudly relay CGTN’ best quality programs through the newly expended free to air DTV terrestrial WOCK Ch. 13.5 Chicago. A population of 9.8 million viewers from great Chicago area can now enjoy the programs that CGTN offers and to be a part of its global community. 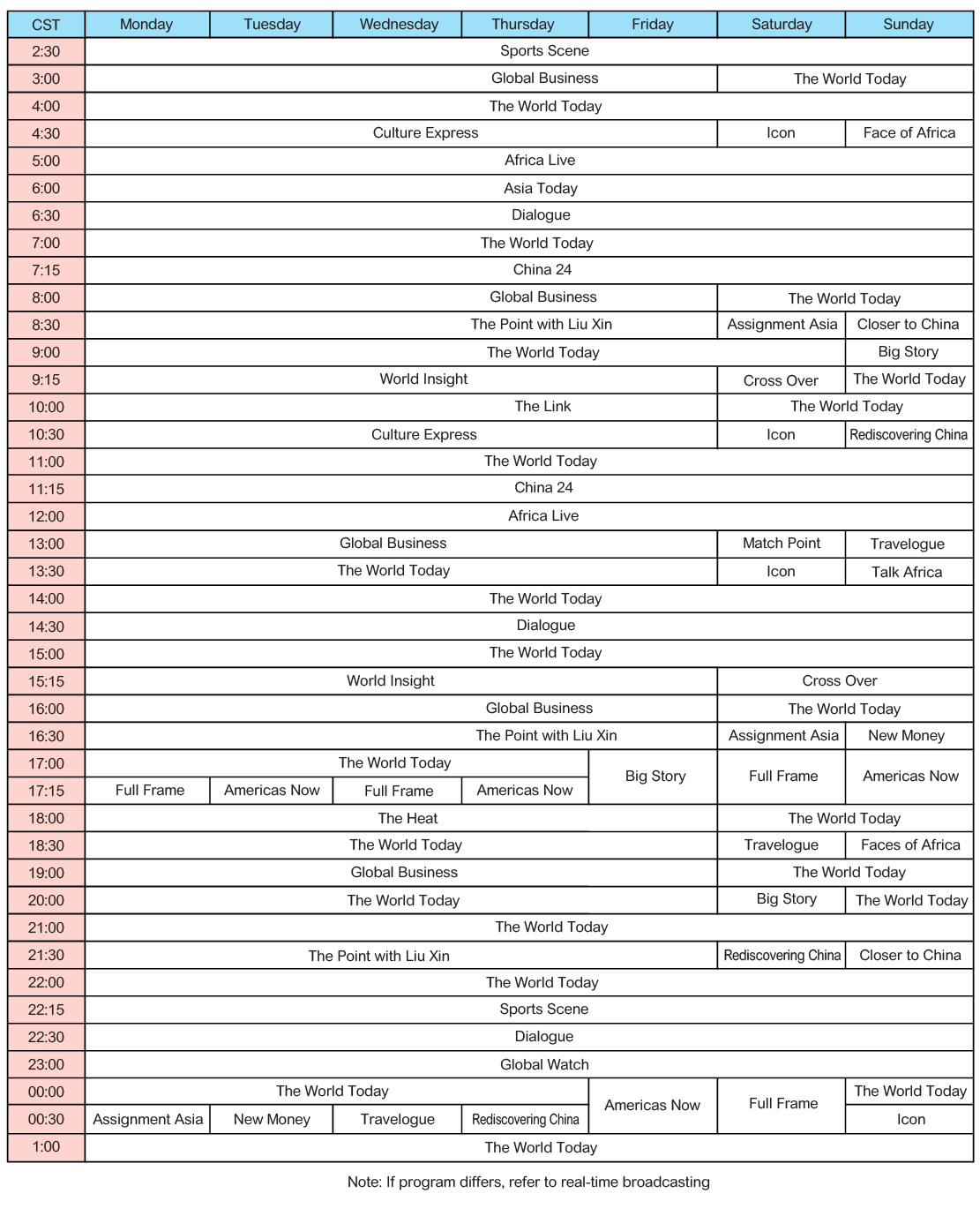 Chicago is the most populous city in the U.S. state of Illinois, and the third most populous city in the United States, with approximately 2.8 million residents. Its metropolitan area (also called “Chicagoland”), which extends into Indiana and Wisconsin, is the third-largest in the United States, after those of New York City and Los Angeles, with an estimated 9.8 million people. Chicago is the county seat of Cook County, though a small portion of the city limits also extend into DuPage County.

Chicago was incorporated as a city in 1837, near a portage between the Great Lakes and the Mississippi River watershed. Today, Chicago is listed as an alpha+ global city by the Globalization and World Cities Research Network, and ranks seventh in the world in the 2012 Global Cities Index. The city is an international hub for finance, commerce, industry, telecommunications, and transportation, with O’Hare International Airport being the second-busiest airport in the world in terms of traffic movements.

News Hour is one of the main news bulletins on CGTN. It keeps a close watch on major news-making events within China and around the world.

Talk Africa is a weekly talk show that gives a platform to influential voices from Africa to the whole world, showing a more positive Africa and provide a African perspective on international affairs and regional topics.